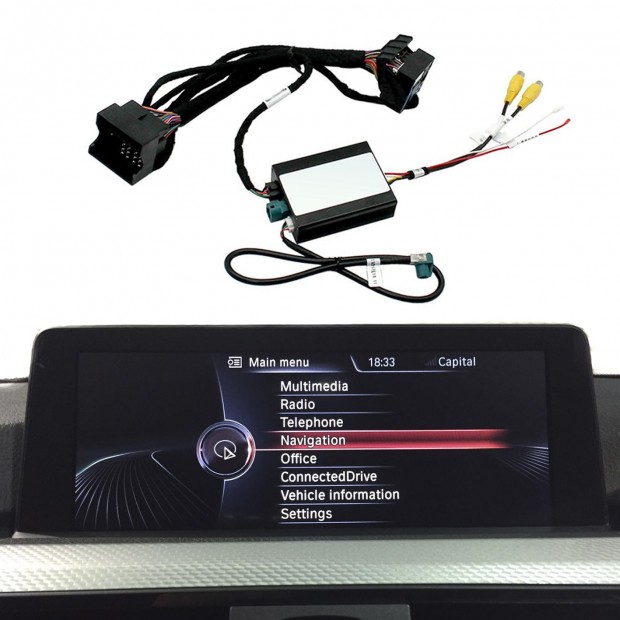 Using this interface camera BMW 4 Series F32/F33/F36/F82/F83 (2013-2017) you'll be able to install the reversing camera to your car and see the image on the original screen. Ideal yes you bought the car without parking camera and now you want to put it. The kit includes interface specific for your car and camera parking rear universal.